For quick and easy access to my photo, please vote for my #smwcreative submission according to the theme „Shared Experience“:

and read the whole story below. Thank you very much, indeed!

Last year, in September 2013, I was more than happy, as I was selected by Nokia as one of the two Social Media Week reporters from Germany to travel to Social Media Week Los Angeles (see: „The Perfect Social Media Week Nokia Reporter“). I had never been so far away from home (Germany) except from San Francisco, the beloved town, where I visted my first Internet friends back in the early 90’s. Hence I could not do other than to just *loving* Santa Monica, where the SMWLA took place – at the ROC, Real Office Centers. 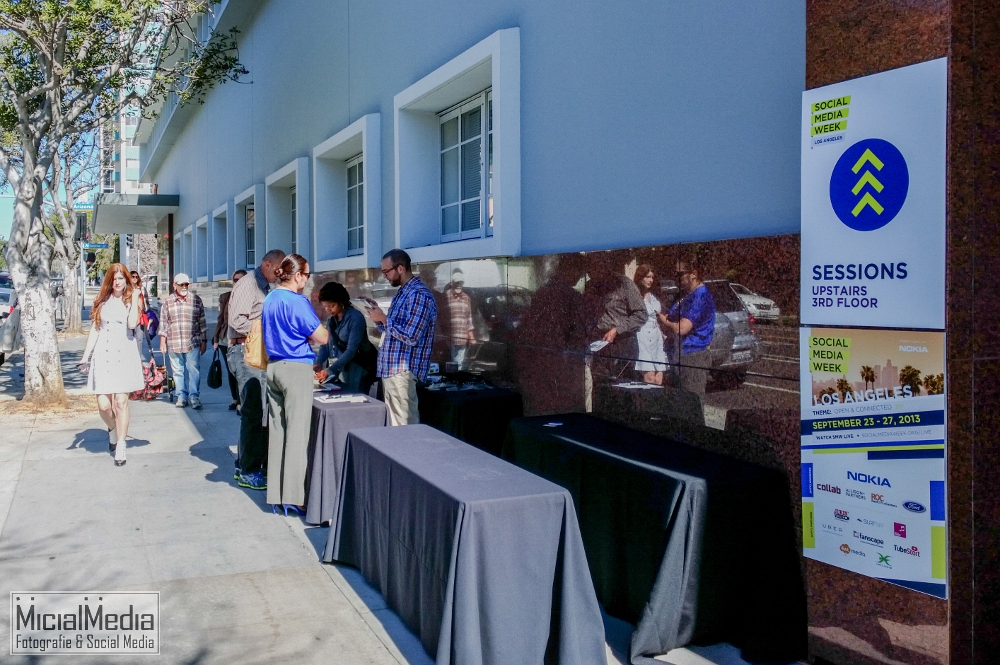 Social Media Week LA at the ROC in Santa Monica

This year, 2014, I came accross an article that was posted on the (global) Social Media Week’s website:

„Do You Have An Eye For Images?“

And I instantly was like (to myself) „Yes, I have! How do they know?“ 🙂 In the article I read, that Microsoft started a campaign to find both best filmers and photographers in order to send *one winner* to either Social Media Week Los Angeles or Social Media Week London, coming up September, 22nd to 26th, 2014 (i.e., in about 1 month time). 1000$ cash will be included for that single winner! In addition, the best 5 will get a Nokia Lumia 930 for free. To find out more about the whole thing, have a look at The Brief and The Selection Process at the Talenthouse website!

All in all, it appears to be as good as *impossible*, or shall I rather say *unlikely* that ME, my person, yes, myself, Michael M. Roth, will be the winner of the photo campaign started by Microsoft. After I was selected last year by Nokia to travel to Social Media Week Los Angeles and be a Social Media Week reporter, after that actually happend, my new slogan for life had become:

„If you really wish something to happen, be prepared that your wish might come true!“

Bearing that approach in mind, I said to myself: Why not giving it a try? The theme of the photo the applicants were to upload is read „Shared Experience“. Actually, I found a photo I took w/ a smartphone (HTC Desire) (in fact, this was part of the task, to submit a photo that was taken by a smartphone). A men and a woman. There must be trillions of photos of the two of them. But THIS one looked quite special to me. As they both cross their legs, and since she is standing slightly in front of him, he might be (with or without intention) imitating her, and you could also think of the idea, that he fell in love with the little girl. So „Shared Experience“ might be a good title for this photo I occasionally and luckily took in my hometown Karlsruhe at the tram station: 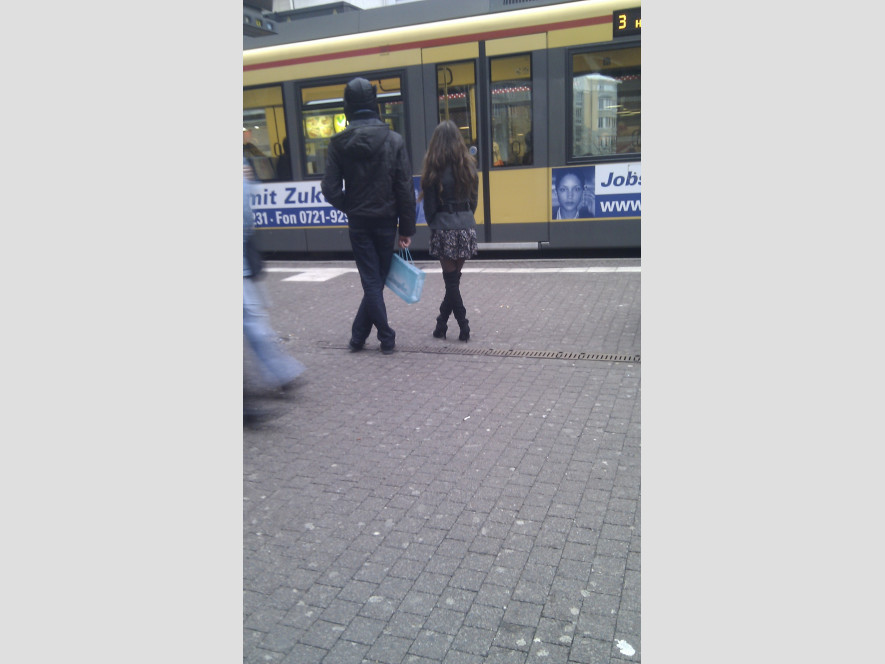 Again, the Link to get to the voting for the photo I submitted:
http://bit.ly/vote4micialmedia-smw14  (Short URL for link initially provided)

Thank you guys a very lot, and let’s see if we meet in LA or London! 😉

PS: The voting will be open until Monday, August 25th, 2014. So if you are going to vote, please do it NOW instead of later. Thanks!